When you are thinking of investing in a website there really is only one question to ask; what is your business worth?

I recently got chatting with an old school friend who was just starting his mid-life crisis and had decided to buy a motorbike.  He was so excited by the whole idea that he had spent a lot of money on a shiny new bike, then realised that he was also going to need to buy a new helmet. So he popped into a bike shop and was asked by the salesperson what he was looking for and what price range. My friend told the sales person he wanted something in the lower priced range so the sales person replied with “Well you can get a £50 helmet if you think you only have a £50 head”. My friend thought about what the sales person said and decided to purchase a much higher priced helmet that would protect him better.

The moral of my friend’s tale is quite simple, there was a cheap option which he initially wanted, but when he realised that it might be the difference between life and death he appreciated the benefits of the more expensive purchase.  Now we’re not suggesting a cheap website will lead to fatalities, but it will most certainly be a nail in the coffin of your business.  In fact I’d say it’s better to have no website than a cheap one.  If I may quote Abraham Lincoln; “It is better to remain silent and be thought a fool than to speak out and remove all doubt.”

But tales of mid-life crises and American history were not what prompted this post.  No it was receiving an email from an old colleague who has recently decided to re-launch his business. He invited me and twenty recipients, via email, to take a look at his new branding and “soon to launch” website. Upon visiting the site, I found pages that had not yet been set up, sidebars that displayed below the content area due to conflict issues, plugin-ins that produced error messages and the “Hello World” default WordPress post published on the site’s blog. I was embarrassed for him and it was, in my opinion, too soon to invite visitors to his company’s new home on the web.

As I took a look at the website source and inspected its various elements, I noticed the site is built on a purchased theme from a vendor who specialise in low-cost themes for WordPress websites. Of course when using a purchased theme your site will pretty much look like everyone else’s who has also used that theme. Unfortunately, not all low-cost themes are well written. I myself have had to repair bugs in such themes and some have themes that were written quite some time ago and not to current WordPress standards. These deficiencies can make trouble down the line, such as when a theme loads a specific version of a script which also happens to also be a component of WordPress’ core functionality.

There may be no conflict when the theme was originally released. In fact it may have been done that way in order to use some functionality provided by a version of the script newer than the one packaged with WordPress, but time marches on. And in the case of this example, this issue is guaranteed to cause a problem as WordPress evolves.

Other issues frequently experienced when purchasing a “pre-built theme” are lack of clear directions for those setting up your site. Many times themes have specific short codes to allow custom functionality in pages and posts. But if you aren’t provided instruction as to how to use short codes, what good are they? The same goes for the ability to develop custom post types. 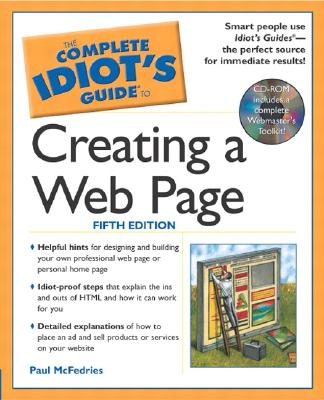 If this book is part of your web development process you really aren’t going to save money in the long run.

In the cold light of day the what the customer sees is a cheap solution to the issue of how to get a website. But as WordPress specialists I see trouble ahead for you and your company. Going cheap can hurt you and your brand by getting something that you won’t be proud of in the months to come.  So budget for a custom website that proficiently and professionally represents your brand and provides you and your associates ease of updates, and the promise of continued compatibility with future generations of WordPress.

With 33/34 million Facebook/Twitter accounts active in the UK are you maximising Social Media Marketing for your business? Social media networks were a novelty 5 years ago, but today their importance is no longer debated. Yes, businesses have definitely realized the...

END_OF_DOCUMENT_TOKEN_TO_BE_REPLACED

Small Businesses that update their website five times a month enjoy on average 300% more traffic. So you have a new website, designed to your requirements, content finalised and now its live.  So that’s your website sorted, isn’t it? Not quite! Keeping your...

END_OF_DOCUMENT_TOKEN_TO_BE_REPLACED

We Brits may not like it but we're going to have to talk about money and that means cheap websites.. Last week I was contacted by a potential new customer.  They were very specific about what they needed (which is great for me), home page with slides and feedback...

This website uses cookies to improve your experience while you navigate through the website. Out of these cookies, the cookies that are categorized as necessary are stored on your browser as they are essential for the working of basic functionalities of the website. We also use third-party cookies that help us analyze and understand how you use this website. These cookies will be stored in your browser only with your consent. You also have the option to opt-out of these cookies. But opting out of some of these cookies may have an effect on your browsing experience.
Necessary Always Enabled
Necessary cookies are absolutely essential for the website to function properly. This category only includes cookies that ensures basic functionalities and security features of the website. These cookies do not store any personal information.
Non-necessary
Any cookies that may not be particularly necessary for the website to function and is used specifically to collect user personal data via analytics, ads, other embedded contents are termed as non-necessary cookies. It is mandatory to procure user consent prior to running these cookies on your website.
SAVE & ACCEPT